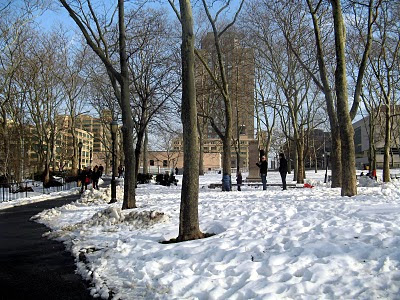 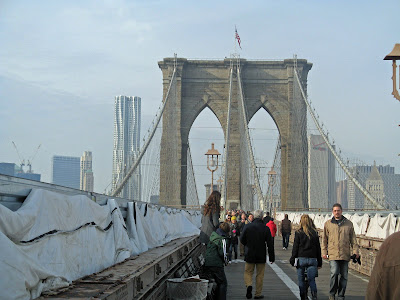 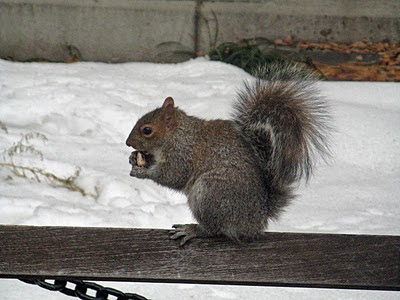 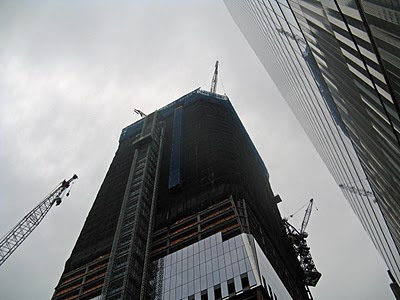 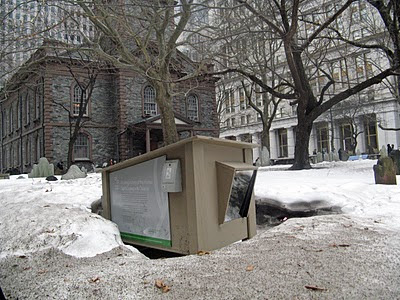 St. Paul's Chapel churchyard. The box in the foreground encloses a camera that began taking photographs of the World Trade Center site shortly after September 11, 2001, and is compiling a time lapse record of the reconstruction. 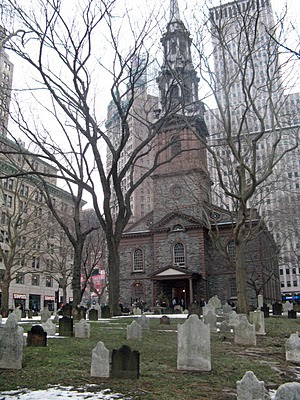 Another view of St. Paul's Chapel, Manhattan's only surviving pre-revolutionary building. St. Paul's served as a rally and resting place for rescue workers on and after September 11, 2001.
Posted by Claude Scales at 9:02 PM 2 comments:

This was USF's first bowl win over a team from a BCS conference (they lost to Pac-10 team Oregon in the 2005 Sun Bowl, 51-26). They have now made six consecutive bowl appearances, with a record of 4-2. This was the fifth consecutive season in which they won at least eight games.
Posted by Claude Scales at 8:12 PM No comments:

Here's Janis Joplin's take on a hoary pop standard, accompanied by Jorma Kaukonen on guitar (he also did a version of the song as part of Hot Tuna) and someone on a mechanical typewriter. The audio recording is accompanied by photos of Janis.


One of the comments on the Janis Joplin clip notes that "Hesitation" is a Jelly Roll Morton song, but in the clip above he denies having written it. Wikipedia attributes it to the songwriting team of Billy Smythe, Scott Middleton, and Art Gillham who are said to have made it up during a trip from St. Louis to Los Angeles in 1914. They used a "traditional tune" (a spiritual, according to W.C. Handy) and made up lyrics as the trip progressed. Since nearly every version of the song ever recorded has different lyrics, except for the chorus, it can be argued that the song has as many "authors" as it has performers. (Thanks to cox1356 for the Jelly Roll Morton video.)

This was the first version of the song I knew, apart from that done by Murray Kinnell, as the Fagin-like Putty Nose, just before he's gunned down by James Cagney, as a youthful Tom Powers, in The Public Enemy (1931). The Holy Modal Rounders were once described as "the originators, and sole exponents, of the genre known as acid-folk." I love the Rounders' lyrics ("'D' for Dreadnought..."). (Thanks to alexeiboronine for the video.)

There are many other excellent renditions of this song, including a western swing version (see a video here) by Willie Nelson with Asleep at the Wheel.
Posted by Claude Scales at 2:03 PM No comments:

Arcade Fire: "Born on a Train"

My daughter turned me on to this group, and this song, which was easy, considering my love of trains. Since Arcade Fire are Canadian, I thought of this shot I got of the nose of a Canadian Pacific loco as we passed a freight train while riding south on Amtrak's Adirondack a couple of years ago: 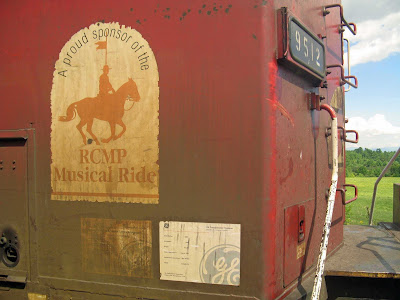 Now, note the General Electric logo on the lower part of the loco's nose. Somehow, The GE (as my wife, a Lynn, Massachusetts native, calls it) got my e-mail address (probably by searching for train buffs) and sent me a link to a nice corporate propaganda piece on how their products are helping to make railroads more efficient. To which I put on my shill hat and say, "Hooray! More trains, less fewer trucks", thereby offending both the Teamsters and residents of Chicago suburbs.
Posted by Claude Scales at 12:06 AM No comments: