Frank Sinatra's 100th birthday was last Saturday; he died in 1998. Heloísa "Helô" Pinheiro, the original "Girl from Ipanema" (photo), turned 70 last July 7. She was in her late teens when she walked by the cafe where Antônio Carlos Jobim and Vinicius de Moraes were sitting, and inspired them to write "Garota de Ipanema" ("The Girl from Ipanema"), originally titled "Menina que Passa" ("The Girl Who Passes By") and intended for a musical comedy being written by de Moraes. The song in its final version, in Portuguese, was introduced by Jobim to João Gilberto and Stan Getz, and during a recording session in New York they decided to do an English language version. Gilberto's wife, Astrud, could sing in English, so she was chosen as the vocalist. Her deadpan vocal style added to the song's appeal, and it became a top ten hit on the U.S. pop charts in 1965.

I was looking for something to mark the Sinatra centenary, and hit on this video of his performance with Jobim in 1967. I decided to use it because it's off the beaten track, both in terms of musical style and in his interaction with another singer. Despite my being a reformed nicotine addict, I love it that he drags on a cigarette when he's not singing.
Posted by Claude Scales at 10:53 AM No comments: 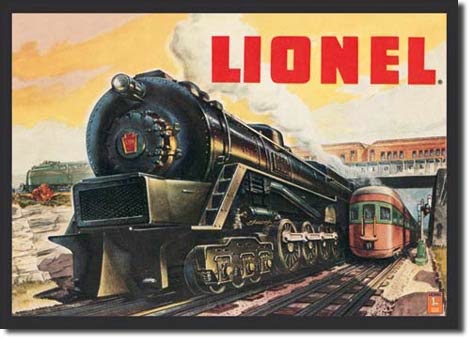 Every year from late November to early January there's an elaborate Lionel Train layout set up in the gallery space of the New York City Transit Museum annex at Grand Central Station. For the past several years I've been making videos of the layout and posting them here. Below is this year's video:

The basic structure remains the same: at the end nearest the gallery entrance there's a model of Grand Central, with tracks under it and the Met Life building looming over it. Beyond that is the Empire State Building along with other midtown skyscrapers, then a stretch of lower-rise Manhattan (Chelsea and the Village?), a bit of suburbia with a gas station, and at the far end a mountain (Hudson Highlands or Catskills) with a tunnel. Details and rolling stock change from year to year, although there's always a New York Central passenger train and a New York City subway train, with platform.
Posted by Claude Scales at 1:19 AM No comments: 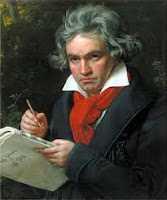 NAfME on Twitter notes that today is Ludwig Van Beethoven's 245th birthday and asks this question: "What is your favorite piece by the composer?" That's a tough one; the old Ludwig Van (the linked clip from A Clockwork Orange is NSFW) composed so much magnificent music from which to choose. My favorite is the first movement, allegro moderato, of his Trio for Piano, Violin, and Cello No.6 in B flat, Op.97 "Archduke" (1812):


The clip above shows a performance by the John Gould Piano Trio (John Gould, violin; Anne Stevens, piano; and Rita Woolhouse, cello) at the Wesley Music Centre, Canberra, on August 1, 2010. The video is by Col Madden. I think this is an excellent performance, although my favorite remains the first one I heard, by Pablo Casals, Sandor Vegh, and Mieczyslaw Horszowski. What I especially like about Madden's video is how it shows the playing of the cello and violin, especially the part where they are played pizzicato; that is, by plucking the strings.
Posted by Claude Scales at 2:12 PM No comments: