Mets lose opener. Is this a good sign? Probably not. 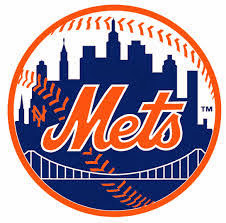 At the treaty of Kilmainham Parnell threw it all away,
It was the turning point in his career and he turned the wrong way,
And the revolution missed its chance with victory in its sight,
And fell down like a house of cards collapsing overnight.

But not necessarily a bad one, either.

As I watched the top of the ninth in the Mets' opener against the Nationals this afternoon, the words from Andy Irvine's and Patrick Street's "Forgotten Hero" were going through my head as, indeed, Bobby (not Charles Stewart) Parnell failed to get a third strike that would have ended the inning with a Mets 5-4 victory. He then allowed a tying run that segued into a Mets batting drought in the bottom of the ninth, a bullpen fiasco that gave up four runs in the top of the tenth, and a bottom of the tenth partially redeemed by a David Wright homer that also brought in Juan Lagares, whose solo dinger in the eighth had broken a tie, making the final 9-7 instead of 9-5.

No, I don't think Parnell's blown save was "the turning point in his career." At least, I hope not. The TV announcers were talking about his recovery from surgery, saying it wasn't complete, despite Parnell's claims. I did see some encouraging signs. Mets' bats got to Nats ace Strasburg early, and Dillon Gee pitched well in his start. Despite some control problems, fireballer Jeurys Familia, who was tagged with the loss, showed promise as a potential table setter. The Mets were charged with just one defensive error: the passed ball by d'Arnaud that led to the go-ahead run in the tenth.

So, what do the tea leaves say now? The 1969 world champion Mets lost their season opener 11-10 to the Expos, and ended April with a 9-11 record. The 1973 Mets, who won the NL pennant but lost the Series to the A's, won their opener from the Phils 3-0. The world champion 1986 Mets won their opener from the Pirates 4-2. The 2000 NL champion Mets, losers to the Yanks in the Series marked by the Clemens-Piazza bat incident, lost their opener to the Marlins 6-2. No oracle here. But, as someone once said, a loss early in the season counts just as much as one near or at the end.

Update: you know the old saying, "Cheer up; things could be worse?" I cheered up and, sure enough, they got worse. I'm putting Parnell's elbow on the prayer list.
Posted by Claude Scales at 11:29 PM No comments: