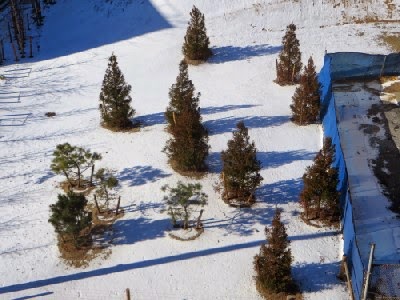 On Saturday, January 10, a blanket of snow remained from Friday's storm. I took a walk along the Brooklyn Heights Promenade--the photo above was taken from the Promenade near the foot of Montague Street, looking down at Brooklyn Bridge Park. I also kept a list of what was playing on my iPod as I walked. 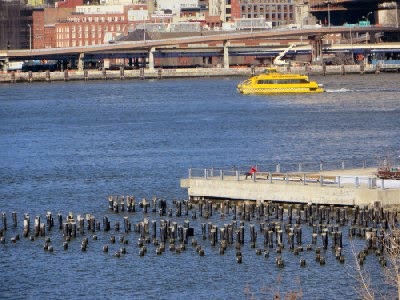 Dick Dale and the Del-Tones, "Miserlou." Dick Dale was born Richard Anthony Monsour to a Lebanese-American father and a mother of Polish and Belarussian descent. His interest in music was spurred by listening to an uncle play oud while accompanying belly dancers. He later played a central role in creating the surf guitar style, to which he introduced Middle Eastern scales, which are a feature of "Miserlou," a folk tune believed to be of Anatolian Greek origin. "Miserlou" is probably now best known for its use in Pulp Fiction (1994) by Quentin Tarantino. Hear it here. 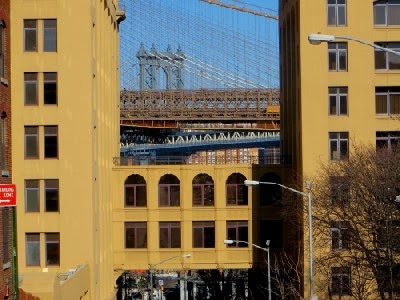 Marshall Chapman, "A Thank-You Note." Marshall's tribute to Hank Williams, with lyrics by Dave Hickey. Unfortunately, like much of Marshall's work, this isn't available on line. You can read about her here, hear two of her songs here, and visit her website here. 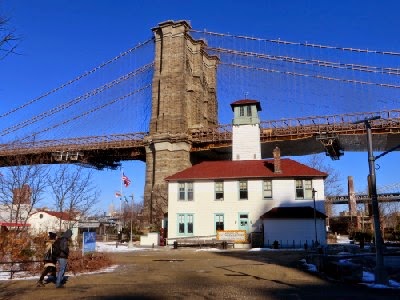 The Grateful Dead, "One More Saturday Night." The version on my iPod is from their critically despised Europe '73 album, parts of which I nevertheless love. Here's a live performance video, featuring Bob Weir on lead vocal. 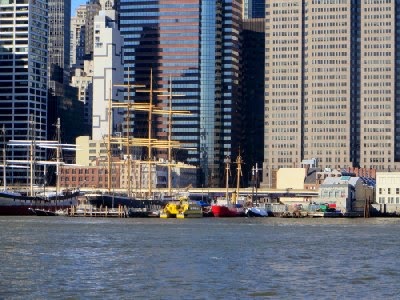 Stan Rogers, "Fogarty's Cove." A sprightly fisherman's song from Nova Scotia by the late and much lamented bard of the Maritimes. Hear it here. 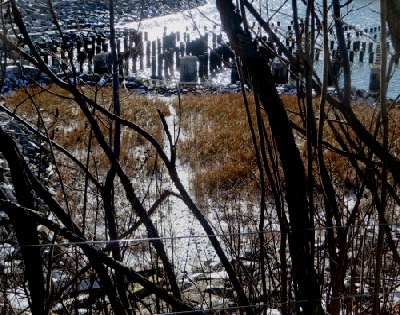 The Boys of the Lough, "General Guinness." The version on my iPod is from their Live at Passim album, recorded at the famous folk music venue in Cambridge, Massachusetts. The version here has the same hilarious preceding verse, and is followed by the lively reel, "The Nine Points of Roguery." Some years ago I got to meet the Boys' great Shetland fiddler, Aly Bain, because my date for their concert at Town Hall was his sister-in-law. 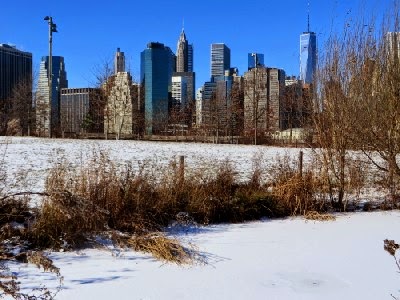 Scott Joplin, "The Sycamore," The Southland Stingers. Simply because, I wanna listen to rag. Get your rag on here. 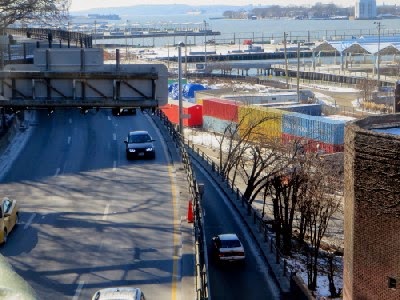 The Band, "Chest Fever." Garth Hudson's organ intro is based on J.S. Bach's "Toccata and Fugue in D Minor." I've never been able to figure out the lyrics--the opening lines sound to me like, "Well I know cheese and crackers/ Any starlet could track her." Hear it here. 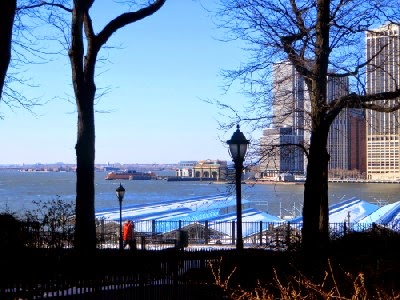 The Standells, "Dirty Water." In 1965 an L.A. band recorded a left-handed paean to Boston that first charted in Orlando in 1966. Makes perfect sense, right? Listen up here. 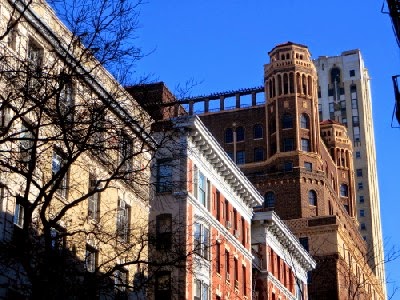 Billy Bland, "Let the Little Girl Dance." Probably the longest "Excuse me" in the history of pop music. "Little wallflower on the shelf...." Hear it here, with footage from Dick Clark's American Bandstand.
Posted by Claude Scales at 10:32 PM No comments: 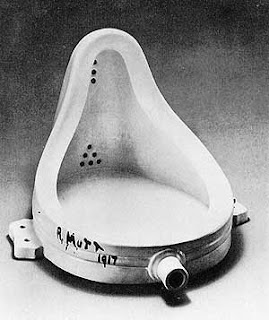 Several times every workday I find myself standing facing a sign:

PLEASE FLUSH COMPLETELY AFTER EACH USE

Sure thing, boss. (To be sure, this sign is necessary because I work in a very old building with very old plumbing; none of those fancy Japanese self-flushers.)

The sign makes me nostalgic for the unintentionally (I think) funny one I used to see in the same position back when lots of people smoked, and smoking was allowed just about everywhere:

DO NOT PLACE BUTTS IN URINALS

I'm even more nostalgic for the unofficial texts one could see in similar locations. From the Lion's Head:

Or, from the Bluegrass Inn, in Nashville: 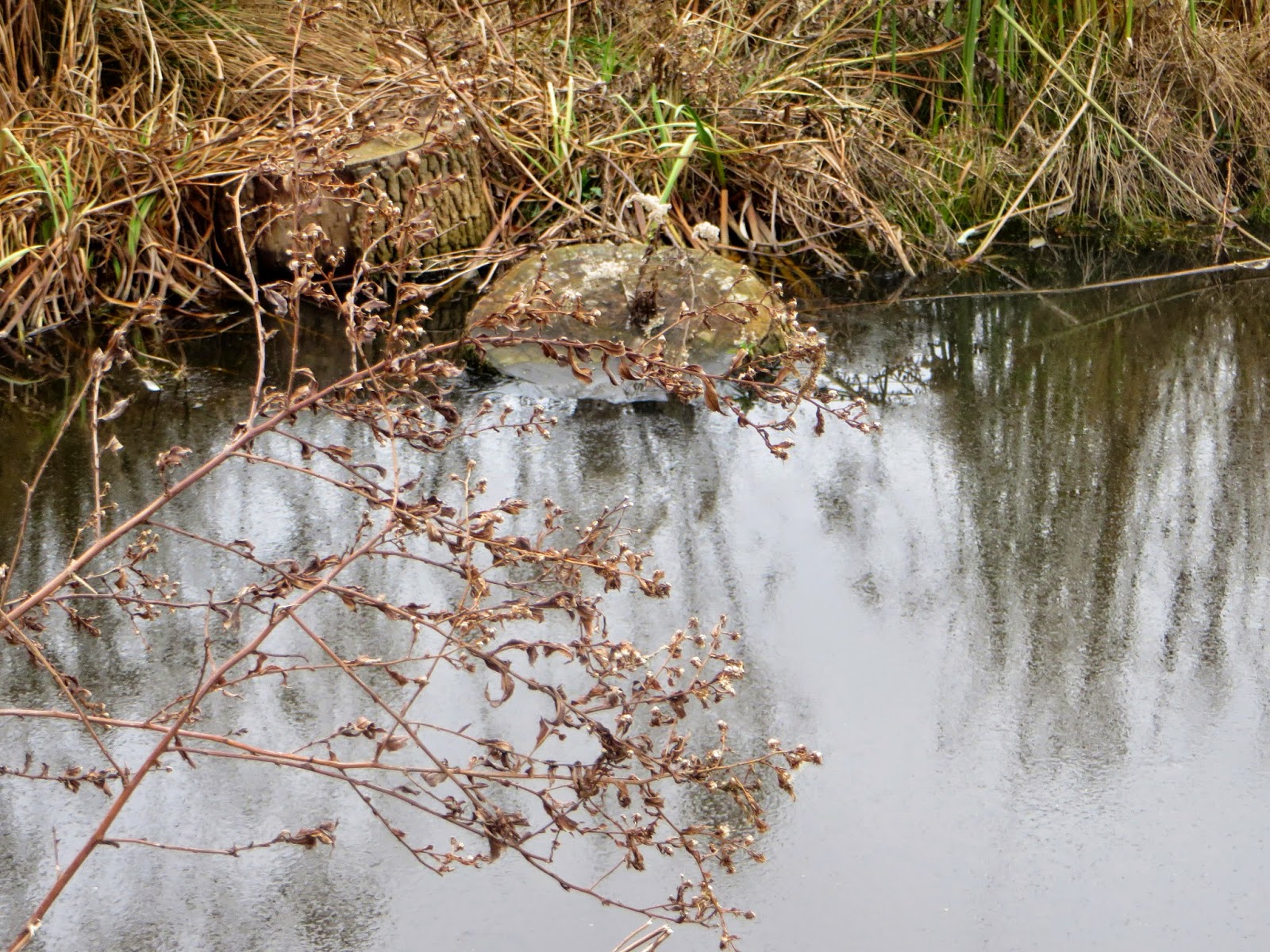 2014, like many years, was a curate's egg for me. I lost several friends, including law school classmate Guy Blynn, and two fellow Grace Church parishioners, Mimi Mead and Terry Morgan (second from right in the photo at the head of the linked story). Others, whom I didn't count as friends but whose departures I've felt keenly are, in chronological order: Phil Everly, Claudio Abbado, Pete Seeger, Jim Brosnan, Robin Williams (and thanks to Richard Cole for sharing the story of his friendship with Robin), Lauren Bacall, and Jean Redpath. There were other notables-- Maya Angelou, Amiri Baraka, Shirley Temple Black, Ben Bradlee, Joe Cocker, Ed Herrmann, Philip Seymour Hoffman, Casey Kasem, Gabriel Garcia Marquez, Paul Mazursky, Ian McLagan, Tommy Ramone, Paul Revere, Jimmy Ruffin, to name some--that I failed to note on the blog, not out of disrespect but out of distraction.

It was also a year of other losses. I lost my last physical connection to my old home city, Tampa, with the sale of the house that had been my and my parents' home. I missed the last performance of Black 47, which happened in November. I had a previous commitment that I had to honor, but I'll cherish the memory of seeing them live, I have their recordings, and I have this clip (thanks to dartheadmike) of "Living in America" from their farewell performance at B.B. King's:


Unfortunately, the sound quality isn't the best, but you can hear the song as it was recorded for the Fire of Freedom album, accompanied by still photos, here. The tune is based on the Irish rebel song "The Foggy Dew," which you can hear by Sinead O'Connor and the Chieftains here.

While I'll miss the opportunity to see Black 47 live again (perhaps made keener by the surprising knowledge that I'm more Irish than anything), I can't begrudge their decision to disband, still as friends, after 25 years. I've known Larry Kirwan, their lead singer, guitarist, and guiding genius, for 37 years, since he and Pierce Turner were, as Turner & Kirwan of Wexford, the house band at the Bells of Hell. Larry has other talents to pursue, and I'm sure he will appreciate relief from the rigors of touring.

The past year is also when I realized that I will probably never again practice law in the ways I had for over forty three years, in law firms or as in-house corporate counsel. I've kept my oar into the legal stream by working on document review projects. This may sound dull, and it does have its times of tedium, but it's given me the opportunity to see the guts of businesses of which I had little or no previous knowledge; among them banking, Big 4 accounting, construction, and hedge funds. It also allows me to leave work without worrying about having possibly overlooked something, or about an impending deadline. I'm then free to concentrate on my writing, both for this blog and for the Brooklyn Heights Blog.

It's my custom in my New Year's posts (this one is a bit late; the real world has been too much with me) to recognize friends whose help has been useful to my blogging. The statistics I get from Blogger, the Google entity that hosts this blog, show that my most popular post is still Grace Slick at seventy, for which I am grateful to Michael Simmons, who sent me the photo. Michael has given me material for several other posts (and some more I haven't written yet), including another that's made into my all time top ten in popularity, Bob Dylan, "Pretty Saro" (I must confess, that post's popularity is almost entirely because of Michael's having promoted it.)

Holding a strong second place in my post "hit parade" is Lady Day: Henry Ossawa Tanner's Annunciation, for which I owe a continuing debt to the Rector of Grace Church, the Rev. Stephen Muncie. This post has attracted clusters of hits from several institutions of higher learning, probably because Tanner has been mentioned in classes (art? religion? African American studies?) and students have done web searches for him.

In third place is another post about art, Pierre Bonnard, "Late Interiors", at the Metropolitan Museum of Art. For this I owe another ongoing debt, to Mark Crawford, a friend and neighbor whose art I admire, and who incited my interest in Bonnard. I must also give Mark partial credit for my sixth most popular post, Sol LeWitt, "Structures," at City Hall Park, New York City, because, while I was photographing LeWitt's sculptures, I encountered Mark, and his comments were helpful in shaping my post. You can see Mark's recent works on his website.

Thanks to Francis Morrone for inspiring, through a reminiscence about the Drake Hotel, my post (though he's not responsible for my opinions expressed in it) about 432 Park Avenue, which, thanks to my linking it to a commment on a Gawker post, has gone, if not viral, at least bacterial, and rocketed to fourth most popular on my list.

Other posts that have received consistent attention have been my reviews of books. These include Tania Grossinger's Memoir of an Independent Woman, Dermot McEvoy's The 13th Apostle (I must also credit Dermot for maintaining an email list that keeps Lion's Head alumni/ae in touch), and Peter M. Wheelwright's As It Is On Earth. I also thank Peter and his wife, Eliza Hicks, for spurring my interest in the Grace Chorale of Brooklyn and for inviting me to a spectacular performance of Cavalleria Rusticana.

Thanks to John Loscalzo of Brooklyn Heights Blog and Brooklyn Bugle for sharing my works and providing me with another forum, and to my wife, Martha Foley, for her support and forbearance. Finally, thank you to all of my readers and friends, and best wishes for the coming year.
Posted by Claude Scales at 11:36 PM No comments: