Should I keep on hating the Yankees? 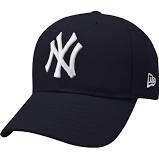 If anyone asks me what pro sports teams I root for, I'll say I back all New York teams whose names end in "ets" or "ders" or "ty." (Soccer fans: I'm sorry. My loyalty there, such as it is, lies with London's Arsenal.) My Mets fandom is explained here. My Jets enthusiasm goes back to Super Bowl III, which happened during my second year of law school. I watched it in the room of a neighbor, Mike, who had the only TV on my dorm floor. The moment the final buzzer sounded, Mike shut the TV off. Asked why, he said, "I can't stand to hear Howard Cosell say, 'Broadway Joe Namath, the New York Jets, and the American Football League all came of age today.'" As for the Nets and Islanders, I'm not a great basketball or hockey fan, but they both play in Brooklyn, my home borough. The Liberty, so far as I know, are the only women's pro basketball team in town.

One thread that runs through all these loyalties is that they are, with the exception of the Liberty, to teams that are less established than their in-town rivals. Starting with the Brooklyn Dodgers, I've consistently backed underdog teams. This is, I think in large part, because growing up as an Air Force brat who had to relocate several times in childhood, I came to see myself as an outsider, always trying to find a way in. Of course my Dodgers won in 1955, though they lost to the Yanks in '56, a series marked by Yankee pitcher Don Larsen's perfect game. My Mets won in '86, but have yet to win a Series since, and lost to their only one with the Yanks in 2000.

While I root for New York's underdog teams, though, I don't actively despise any of the "establishment" teams -- the Giants, the Knicks, or the Rangers -- except for the Yankees. Why?  My disdain for the Yankees -- which I hasten to add doesn't extend to individual players -- didn't begin until George Steinbrenner took charge. From my father, I inherited an extreme distaste for, as he put it, "people with over-inflated egos." George fit that description almost as well as the current occupant of the White House.

George is gone, and his inheritors seem much less offensive. I still smart from the fact that the New York Times always gives the Yanks top billing and can't seem to do a story about the Mets that doesn't emphasize something negative. Still, I think it may be time to stop hating the Yanks. Having just checked the score, I see they lost Game Seven, and so will not get the pennant nor go to the World Series this year. I'll root for the Astros in the Series (I lost any residual loyalty to the Dodgers many years ago) because, as a friend who is a Red Sox fan put it when the Astros beat the Sox in the ALDS, "Houston needs something this year."

Of course, I will keep on being a suffering Mets fan.
Posted by Claude Scales at 11:54 PM No comments: