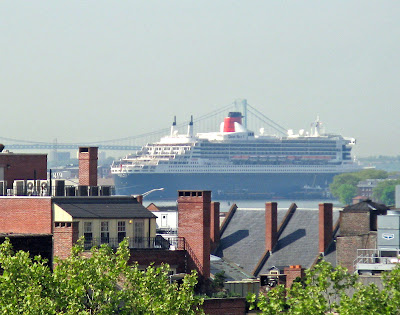 Queen Mary 2 at her berth in Red Hook, Brooklyn, May 8, 2009, as seen from the Manhattan ramp of the Brooklyn Bridge. In the foreground are the roofs and chimneys of 19th century buildings in the South Street Seaport district. The Verazzano-Narrows Bridge is in the background, and the bow of QM2 is obscured by the eastern tip of Governor's Island. 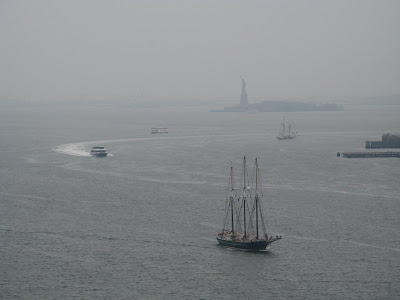 Two tall schooners seen from the Brooklyn Bridge on the foggy morning of May 1, 2009. In the foreground is a three-master headed into the East River. In the background, sailing around the southern tip of Manhattan toward the Hudson, is a two-master, South Street Seaport Museum's Pioneer. 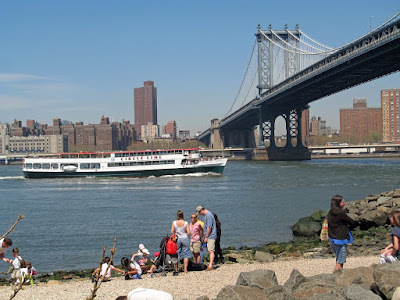 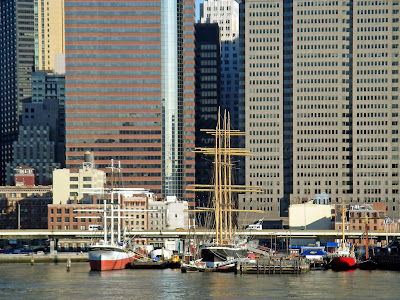