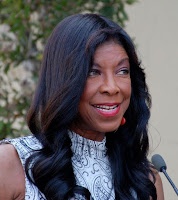 The clip below shows her doing a duet with one of her dad's old buddies, Frank Sinatra, whose centenary we recently celebrated. The song is "I Get a Kick Out of You" by Cole Porter, from the 1934 (and since revived several times) Broadway musical Anything Goes.

I wondered if this made-for-TV version of the song would include Porter's original line, "Some get a kick from cocaine...", evidently not a problem for the Great White Way in 1934. No; it gets replaced by "Some like the perfume from Spain...."

TBT: Ella Fitzgerald, "What Are You Doing New Year's Eve?" 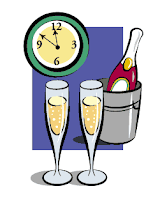 It had to be this song, and it had to be Ella. The song ends abruptly, as 2015 will when the ball drops tomorrow night. Happy New Year to all!

I'm breaking from my football silence to say, "Go, Jets!" 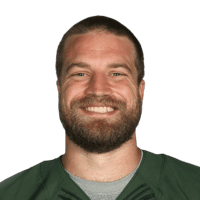 Before you declare me a front-running weasel, understand that I have been a fan of Gang Green for some years. How many years? I can't quite say. The seed was planted in January of 1969, when I was in my second year of law school and along with several floormates went to the room of my sadly now deceased classmate Michael Francis Vincent Peter Vaccaro, the only guy on my dorm floor who had a TV, to watch Super Bowl III, which pitted the New York Jets of the then American Football League against the Baltimore Colts, champions of the NFL.

I had decided to back the Jets, as they were the underdogs, despite, or perhaps because, their brash young quarterback, Joe Namath, had violated lex non scripta by guaranteeing victory the Thursday before the game. I expected it to be a tight game, but it wasn't. The Jets dominated from the get-go, intercepting three times and generally playing ferocious defense that kept the Colts off the scoreboard. The Jets' offense was less potent. Namath completed 17 of 28 passes, none for TDs. The ground game fared better, and the only TD came on a rush by Matt Snell. The Colts' "D" kept the Jets' remaining scoring to three field goals, and Baltimore's only score came in the fourth quarter when legendary veteran Johnny Unitas (when I first started watching NFL games on TV, I thought for a while that the horseshoe on the Colts helmet was a "U" for Unitas) was brought in and tossed for a TD. Final: 16-7 Jets. The moment the final buzzer sounded, Mike, our host, jumped up and turned the TV off. "Why?", someone asked. "Because I couldn't stand to hear Howard Cosell say, 'Broadway Joe Namath, the New York Jets, and the American Football League, all came of age today.'" Someone later told me that's exactly what Cosell said.

After that, the Jets sank into mediocrity and I didn't pay much attention to them, or to pro football generally. After I moved to New York, for a time I declared myself a Giants fan on the strength of having read Fred Exley's A Fan's Notes. Later, I decided that I preferred the Jets because of their second team status, just like that of the Mets, with whom they shared Shea Stadium for some years. And, hey!, the names rhyme. When the Nets moved to my home, Brooklyn, a rhyming triad was complete. And the Jets gave me the opportunity to make a joke in Italian.

The other thing about the Jets that's caught my attention this year is their quarterback, Ryan Fitzpatrick (photo). I first noticed him five years ago when he was with the Bills. I'm loathe to say that his being a Harvard grad affects my opinion of him. I only went to law school there. During my first year in Cambridge I went to a couple of Harvard home games; in the first of these I got to see them demolished by a Princeton team using a single wing offense, considered practically a museum piece in 1967. I later learned that it was considered very uncool for a law student who hadn't gone to Harvard as an undergrad to root for their team, and the fact that my alma mater, South Florida, didn't have a football team at the time didn't count in extenuation. Anyway, I would admire Fitzpatrick even if he'd stayed home and played for Arizona State.

My flutter of enthusiasm my be stilled next Sunday if the Jets lose at Buffalo to a team coached by their former skipper Rex Ryan, and if the Steelers beat the Browns in Cleveland. Anyway, I'll resist the temptation to call an upset (Bills over Jets) that I don't want to happen in order to avoid it.

Photo: NFL.com.
Posted by Claude Scales at 11:59 PM No comments: