How best do we honor Dr. King today? 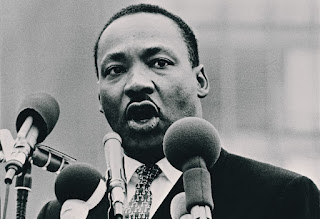 On May 15, 1957, on the steps of the Lincoln Memorial, Dr. Martin Luther King, Jr. gave a speech to a group assembled for a Prayer Pilgrimage for Freedom. The theme of that speech was "Give Us the Ballot". Eight years later Congress passed and President Johnson signed the Voting Rights Act of 1965, which banned practices concerning eligibility or ability to vote that disproportionately affected racial or linguistic minorities.
However, in two decisions the Supreme Court has drastically limited the Act's effectiveness. Shelby County v. Holder, 570 U.S.529 (2013) declared the Act's section 4, which determined which jurisdictions should be subject to the Act's section 5 empowering the federal government to pre-clear any proposed changes to voting regulations in jurisdictions that historically practiced discrimination, unconstitutional on the grounds that the conditions that justified it in 1965 had been eliminated and that it therefore constituted an infringement on the states' power to regulate elections under the Tenth Amendment. There were strong arguments that the Court's decision lacked a factual basis.
Last year the Court delivered an even stronger impediment to the efficacy of the 1965 Act in Brnovich v. Democratic National Committee, 594 U.S. __, 141 S. Ct. 2321 (2021). This decision held that Arizona's statute prohibiting third party collection of ballots and out-of-precinct voting, despite having disparate impact on minority voters, could not be invalidated under the Act's section 2 or the Fifteenth Amendment. In its decision the Court proposed "guidelines" for evaluating voting restrictions that would allow those having disparate impact where the burden imposed is seen as small in comparison to the state's interest in imposing the restriction. The Court's analysis of section 2 has been characterized as "ahistorical and atextual".

The John Lewis Voting Rights Advancement Act, now combined with the Freedom to Vote Act, would effectively overturn Shelby and Brnovich, as well as providing new protections for access to the polls and governing the redistricting process. However, the likelihood of passage is now close to zero, given Sen. Kyrsten Sinema's opposition to changing the filibuster rule. Meanwhile, many states have been busy enacting legislation to restrict access to the polls. As of last July eighteen states had enacted some such legislation. Texas has since enacted its omnibus bill that places many restrictions on voting.
What can be done, given the almost certain unavailability of legislative relief and the Supreme Court's (and many lower courts') hostility to challenges of state voting restrictions? Given the new landscape, the best we can manage - and it will be a challenge - is to do all we can to assure that all prospective voters, minority or not, get whatever assistance they need to jump through whatever hoops are raised between them and access to the ballot, and to get their votes counted accurately. By doing so, we will be honoring Dr. King's legacy.
Posted by Claude Scales at 5:53 PM No comments: