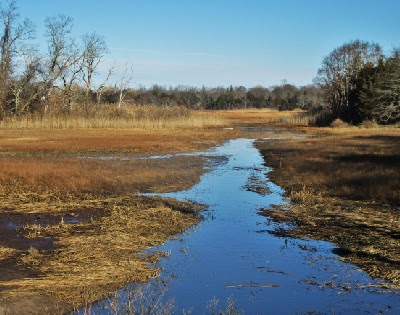 For some years I've posted (with a few days' delay) a "New Year's Remembrances and Shout -Outs": the remembrances being of people I loved, knew, or respected who had died during the previous year; the shout-outs being to those who I thought had been helpful to me in my blogging effort (here's last year's version.)

This year is different, for two reasons. First, I have suffered so many losses, both of friends and of cultural icons, that I'm going to do a separate "Remembrances" post, which may take me another week or so to put together. Second, the way that I've related to my blog, and my sources of inspiration, have changed.

In 2016 I posted 43 times on Self-Absorbed Boomer. This compares to 107 times in 2015, 78 times in 2014, 97 in 2013, and 120 in 2011. The declining numbers (the bump in 2015 reflects my having instituted the "TBT" meme to force myself to post an old, favorite piece of music each week; I gave this up in 2016) reflect a couple of things. One is the Brooklyn Heights Blog, for which I've had to take on greatly increased responsibility since the sudden and unexpected death in 2015 of its founder, John "Homer Fink" Loscalzo. Fortunately, there are three very capable journalists helping me in this effort: SongBird NYC, Mary Kim, and Teresa Genaro. The other is Facebook. In the early days of the blog, before I got onto Facebook, I posted a lot of short things, like quick quotes from media with a brief observation, or photos, which I now put on Facebook instead of the blog. I also now put links to all my blog posts on Facebook, so I now get almost all comments on my blog posts on Facebook, not Blogger.

Anyway, I'd better get around to giving credit where it's due. In terms of volume of traffic on my blog, the award has to go to Russia. For reasons I don't know, my blog got thousands of hits from there late in 2016. They weren't directed at any particular post. My blog wasn't heavy on political content; this past year it's been music and baseball. I don't know what drew the attention. Whatever it was, I hope you all (I asume it was more than one of you) enjoyed it.

One friend I need to acknowledge is Michael Simmons. He's been a constant source of inspiration for the several years since we reconnected our friendship that began years ago in the Lion's Head. Back in September Michael sent me a link to an extract of a piece he'd written in MOJO about my favorite rock band of all time: the Byrds; read it here. It focuses on the song "Eight Miles High", an old favorite of mine, so here's the song:

Posted by Claude Scales at 12:33 AM No comments: