TBT: Gram Parsons, with Emmylou Harris, "We'll Sweep Out the Ashes in the Morning." 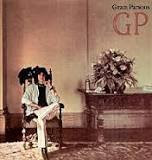 I'm off to the Cosmic American Music Festival in Winter Haven, Florida this weekend. Winter Haven was the home town of the late Gram Parsons who, in my estimation, was one of the most brilliant, and unfortunately one of the most troubled and wasted, pop musicians of the past century.

Gram dropped out of Harvard to form the International Submarine Band, a group that blended country, blues, and rock influences, a style he called "Cosmic American Music," that can be heard today as "Americana" or "alt/country." After one album, Safe At Home, he left to join the Byrds, one of the best American groups of the mid to late Sixties. He was with them for one great album, Sweetheart of the Rodeo, but left after he and Roger McGuinn disagreed about the band's direction. Chris Hillman, one of the original Byrds, left with him to form the Flying Burrito Brothers. After two critically praised albums, he was asked to leave that group because of his increasing alcoholism and drug use.

GP, recorded in 1972, when Gram had developed a close friendship with Keith Richards, was his first solo album. In it, he introduced the voice of a previously little known singer, Emmylou Harris. In the clip above, from that album, he and Emmylou do the country classic of the "cheatin' song" genre, written by Joyce Allsup, "We'll Sweep Out the Ashes in the Morning."

There's more about Gram and Emmylou here.
Posted by Claude Scales at 11:50 PM No comments: