Everything turned out pretty much as I predicted.

The Gators had a scare. My South Florida Bulls lost to a mediocre Big 12 team. At least some other Bulls, Buffalo, managed to play Auburn tough for three quarters.

Penn State failed to keep a narrow halftime lead, and fell to the Buckeyes. I've always had a soft spot for the Nittany Lions, as I was born, and my mother grew up, less than fifty miles from Happy Valley.

The other, local, Lions, Columbia, opened their season with a win over Georgetown. Of course, Georgetown football has been an afterthought since the days when they were called the Stonewalls.

My hotel in Philadelphia was just a couple of blocks from Penn's Landing, a stretch of riverfront just south of the Ben Franklin Bridge that has been made into a waterside promenade and entertainment venue, as well as a permanent dock for a couple of historic ships, the cruiser U.S.S. Olympia, flagship of Admiral Dewey's "Great White Fleet" in the Spanish-American War, and the square rigger Mosholu, now made into a restaurant at the cost of having picture windows cut into her hull (see below): 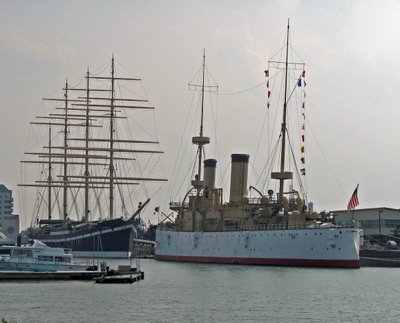 Across the Delaware, at Camden, the World War II veteran battleship U.S.S. New Jersey entertains visitors to her namesake state. 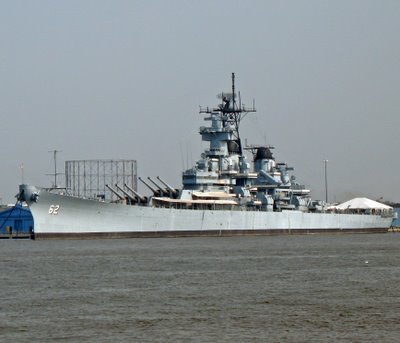 When I visited the Landing, the outdoor theater was presenting a festival of Russian culture. 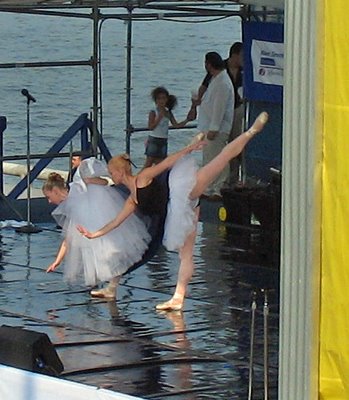 Looking downriver, I could see the distinctive funnels and upper superstructure of the S.S. United States, last holder of the Blue Riband of the North Atlantic, docked at an otherwise disused pier. As explained in this fan website, her present owners, NCL America, hope to restore her to service as a cruise ship. 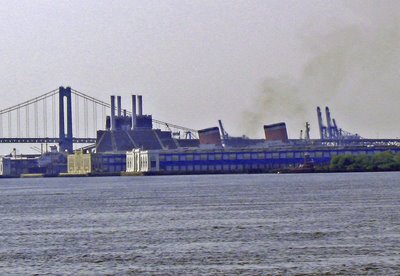 Near the upriver end of the Landing, the pretty barquentine Gazela was docked. 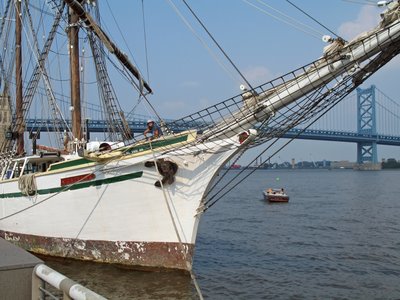 A rushing sound made me look up and see this commuter train going eastward across the Ben Franklin Bridge. 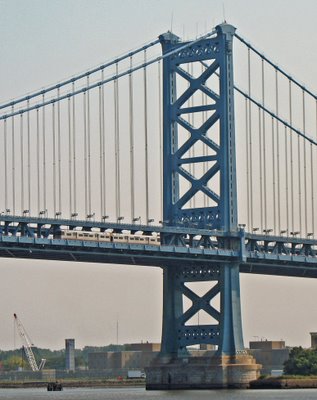 On the Landing's North bulwark, the old tug Jupiter, nicely preserved, sat tied to a barge. 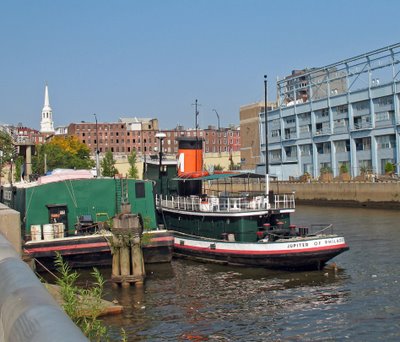 Crossing the bridge that connects the Landing to Market Street, I got this shot of the Center City skyline. 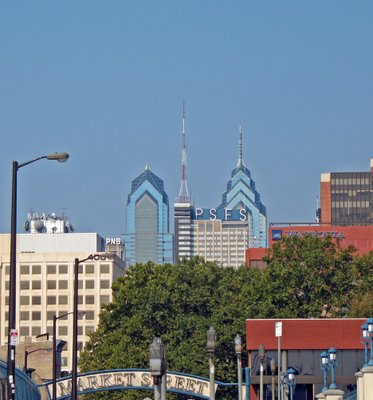 Update: Topazz demands that I provide my account of the Philly Fraymeet itself, so here goes: The food and drinks were sublime, the ambience divine, the conversation scintillating, Chango looks just like his photographs on FrayMates, and Topazz's hair shimmers like a Magellanic cloud.

But seriously, folks -- I can't thank Rundeep and Topazz enough for putting together a superb event.
Posted by Claude Scales at 11:05 PM 1 comment:

So says Ron Borges of the Boston Globe and MSNBC.

Did I really use the "O" word?
Posted by Claude Scales at 9:58 PM No comments:

Gators survive (by the skin of their teeth), but 'Noles don't, losing the Battle of the Bowdens. I didn't check the odds, but I'd guess the latter was considered an upset, what with Clemson coming off a loss to Boston College, and FSU having beaten Miami (even though it could barely get by Troy State last week). But the rout of the 'Canes by Louisville shows that Miami was overrated in preseason polls; so, also, may have been the lads from Tallahassee.

Next week, the Gators host Kentucky. Even though it's in the Swamp, I'm predicting an early scare, perhaps with the Wildcats ahead at the half. Florida always comes off a big game flat, win or lose. After Kentucky, they face the gauntlet of 'Bama, LSU, Auburn and Georgia. My guess is, they crest the Tide this year, but the Bayou Bengals ruin their homecoming. The other Tigers then make it two losses in a row, but the Gators regroup to continue their recent ownership of the Ur-rival Dawgs. Bookmark this, and we'll see.

My South Florida Bulls stay undefeated, thanks to an upset of their Interstate 4 rivals, the Central Florida Knights. Alas, I see their run ending next week in Lawrence, Kansas. The Jayhawks are no great shakes these days, but they are a team with a history, tra-di-shon (remember Gayle Sayers?) and all that, so, of course, they'll prevail. (Hey! Wait a minute. USF beat Pitt a couple of years ago. Yeah, but that was just one of those exceptions that prove a rule.)

Big news is Michigan's upset of Notre Dame. Yawn. One establishment team over another. I guess I like Michigan marginally better because they aren't lionized in quite the obnoxoius way ND is, what with "subway alumni", their own "Notre Dame Central" on the MSNBC college grid page, ad nauseam.

One reason to like ND: I remember seeing a painting (Neiman?) of an early 1970s Irish vs. Southern Cal game, in which ND fans had hung a banner reading "Trojans burst under pressure".
Posted by Claude Scales at 10:37 PM No comments: