The mother ship's the one. 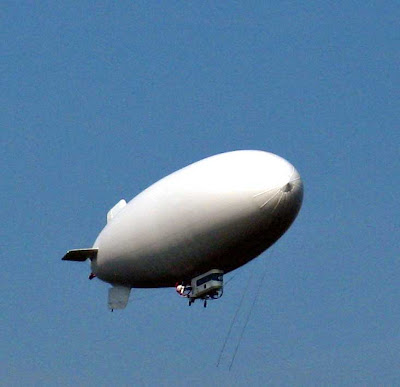 Thank God the Red Sox won. Otherwise, I'd be in a much worse mood.

The horror of horrors is happening: the Mets' starting rotation is collapsing. Maine has been shellacked twice in a row. Glavine was lucky to get a win in his last outing. Now Sosa, who, like Maine, began so promisingly, has joined the parade of failure. And, of course, against the hated Braves.

I'm going to avert my eyes for a while; I suspect things are about to get very ugly. For those of you who could care less about the game, I promise no more baseball posts for a while.

Update: In an apparent effort to get me out of my funk, Twiffer asks when Pedro's due back. Well, according to the Mets' official site, he could be back by August. I shudder to think how big Atlanta's division lead will be by then.

Another update: OK, I said no more baseball posts for a while, but, in my mustelid fashion, I'll be quick to point out that I didn't rule out multiple updates. Anyway, Joe Martini, who is both a Mets and a Met fan (and thereby a worthy fellow indeed) takes a page from Douglas Adams and advises me, "Don't panic." (See comments below.) OK, we did rebound from losing another series to the tomahawk choppers by besting the flopping fish, with El Duque coming off the DL and providing a strong showing on the mound. Maybe there's hope. Tonight we see if Maine has recovered from his funk.

Joe also accuses me of giving this blog a tautologous title. Any thoughts?

5/29 update: Rhonda Byrne's theory looking shaky! How 'bout the power of negative thinking to produce positive results? See, I knew that if I wrote that the Mets are toast, they'd turn right around and go on a big winning streak, just to prove me wrong.

Of course, my writing this probably assures that they will now go into a death spiral.

5/30 update: one of my pet theories is also in trouble. I used to believe in the "curse of the ex-Met"; i.e., that players traded away by the Mets or allowed to go as free agents would be poison when the Mets played their new teams. Now, it seems like they can be candy.

According to my sitemeter, S-AB will soon have its 5,000th visit.

What would be an appropriate gift for my 5,000th guest? Some possibilities:

1. an autographed copy of Charles Reich's The Greening of America;

3. an art nouveau style poster advertising a concert featuring Quicksilver Messenger Service and It's a Beautiful Day, at Winterland; or

4. a non-autographed copy of Theory of Value, by Gerard Debreu.

Actually, I don't have any of these, except 4.*, which I'm not about to give up (I'm still trying to make my way through Chapter 1, "Mathematics", of which the author says, "Its reading requires, in principle, no knowledge of mathematics." (Emphasis in original.) Wonderful words: "in principle". )

Anyway, you'll get some kind of recognition, even if (as seems likely) you're someone from Bulgaria who happened on my site by doing a Google search for guitar tablature for "Strong Boy" by the International Submarine Band. And, if you're ever in my neck of the conurbation, I'll be glad to buy you a drink.

As a long suffering Mets fan, I (1) knew this would happen, and (2) know that the only conclusion to draw from this is: the Mets can still lose the season series against the Yankees. Well, that, and maybe Maine has fallen into some vortex of doom from which he will never return.

Update: Twiffer accuses me of sounding like a Cubs fan. The Mets, like the Cubs, have a way of disappointing their fans; nevertheless, I'll admit that the Mets have, at least, participated in four, and won two, World Series within the memory of many living Americans. Also, I'll confess, Tim Marchman's characterization of Mets fans fits me well. (Perhaps I should consider, too, the possibility that Rhonda Byrne is right; that my negative thoughts are actually contributing to John Maine's inability to locate his pitches.)

Meanwhile, August says, "we can all be glad we're not from Pittsburgh." Well, I was born not too far from Pittsburgh, and did briefly come out of a baseball latency period (which began in 1957, when the Dodgers went to L.A.) to root for the 1960 "Beat 'em Bucs!" Pirates, who rewarded me with a historic Series victory over those horrid Yanks before sinking once again into oblivion. (Actually, I can recall the Pirates being a halfway decent team in the late '80s and early '90s, when I would occasionally think, "If only Bobby Bonilla was a Met ... ".)
Posted by Claude Scales at 11:12 PM 4 comments: