Client 9, the downfall of Eliot Spitzer.

Eliot Spitzer's self-inflicted political undoing seemed puzzling to me, as to many. I've also commented about his neckwear. So, I'm looking forward to seeing Client 9, Alex Gibney's new documentary about his rise and fall (see Gibney interview above). Gibney has produced the documentaries Enron: The Smartest Guys in the Room; Taxi to the Dark Side; Gonzo: The Life and Work of Dr. Hunter S. Thompson; Casino Jack and the United States of Money; and Freakonomics. Disclosure: my charming next-door neighbor is Gibney's mother-in-law.

For those of you in New York City, Client 9 is playing at Angelika Film Center New York, City Cinemas East 86th Street, and Lincoln Plaza Cinemas.

Update: Keifus sez: "You can also rent it at home if you subscribe to IFC's on demand thingie."
Posted by Claude Scales at 6:12 PM 2 comments:

Ted Leo & the Pharmacists, "Even Heroes Have to Die"


"Many are the beauties of the fall."
Posted by Claude Scales at 1:30 PM No comments:

Comments on the election? How about a cute doggie video?


Actually, this is kind of like me for the past 24 hours or so, chasing after scraps of good news. Here in New York, it has been mostly good, with Andrew Cuomo trouncing the noxious Carl Paladino for Governor, Chuck Schumer and Kirsten Gillibrand easily re-elected to the Senate, and Eric Schneiderman, whom I met and supported enthusiastically, succeeding Cuomo as our Attorney General. The one Republican for whom I voted, Harry Wilson, lost the race for Comptroller by a small margin. I was also disappointed, but not surprised, by New York City voters' overwhelming approval of a referendum proposal to return term limits for city officials to two terms. I'm not a fan of term limits, which take power away from the electorate.

Good news came early from Connecticut, with Dick Blumenthal's knock-down of wham-bam Linda McMahon, and, though expected, from Delaware, with Christopher Coons' capture of the Golden Snitch before hapless Christine O'Donnell. These early bits of cheer were tempered by the news of Rand Paul's triumph in Kentucky; unfortunately, his opponent ran a very bad campaign. After this came a drumbeat of bad news: Rubio's win in Florida, Toomey's in Pennsylvania, Boozman's in Arkansas. Just before I went to bed, my spirits were lifted by Barbara Boxer's victory in California, but promptly deflated by the news of the loss of one of my favorite senators, Russ Feingold of Wisconsin.

I woke up to WQXR giving me the sad but expected news that the GOP had captured the House. This was offset by hearing of Jerry Brown's re-election, after a long hiatus, as Governor of California, and of Harry Reid's having survived the challenge of Sharron Angle. Later, I was bouyed by learning that Lisa Murkowski appears to be leading the pack for the open Alaska senate seat and that Deval Patrick was re-elected Governor of Massachusetts, but disappointed by Mark Kirk's victory in the Illinois senate race. My final bit of good news was that Michael Bennet had prevailed for the Senate in Colorado.

I was thinking of going on and writing a "What's it all mean and where do we go from here?" analysis, but I'm just too tired right now. I've read some of the many published so far, and may digest them and try to put my own gloss on things later, perhaps during the weekend.

Video courtesy of my friend and neighbor WellingtonsMummy.

Update: Patty Murray is declared the winner in the Washington senate race. Justice is served on errant robocallers.
Posted by Claude Scales at 11:40 PM No comments:

Why I wanted the Giants to win the World Series

(By the time I finish this, it may be a done deal--the last I looked the giants had a 3-1 lead going into the eighth.) The last time the Giants won the Series was 1954, when I was in third grade at Eglin Air Force Base Elementary School, in northwest Florida. We were allowed out of class in the afternoon (all World Series games were played during the day then) to watch the games on a TV set on the stage in the "cafetorium". Although I was eight years old at the time, I knew nothing of baseball, having spent the previous three years in England, where my father had been stationed, and having begun my formal education in an English school, where I learned the rudiments of cricket and "footy" (soccer).

The '54 Series featured the then New York Giants against the Cleveland Indians. I didn't have any rooting interest that I can recall, and my one clear memory of the Series is of Willie Mays making the great catch shown in the clip above (courtesy of chawk720) in game one, on Wednesday, September 29. I'd like for Willie to see his old team win again.

Update: And he does!
Posted by Claude Scales at 10:44 PM No comments:


Boris Berezovsky (the pianist, not to be confused with the exiled oligarch) does a breathtaking rendition of Chernov's piano transcription of Mussorgsky's macabre classic. Thanks to medpiano for the clip.

Happy Halloween!
Posted by Claude Scales at 9:52 AM No comments: 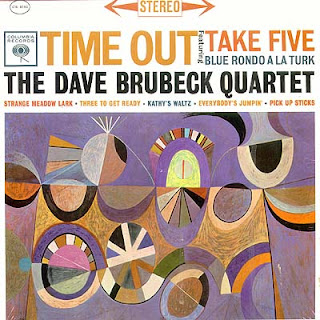 A year ago last May, I did a post here with the title "Jazz and the Visual Arts", which included an image of the cover of Charles Mingus' album Mingus Ah Um. The painting reproduced on the cover was by an artist unfamiliar to me, S. Neil Fujita. I soon noticed, from my Site Meter, that this post was attracting lots of hits off web searches, many of them for generic topics like "album cover art" or "jazz album covers", but also many for Fujita. This piqued my curiosity, and I thought I should do a web search for him, but other matters seemed more urgent. A few days ago, I noticed a spike in visits to S-A B, and, checking the details, saw that many were off searches for Fujita. I did my own search and learned that he died last Saturday at the age of 89.

Fujita was born and raised in Hawaii, the son of Japanese immigrant parents. The initial "S" is for Sadamitsu, his given name at birth; the name Neil was assigned to him when he went to a boarding school in Honolulu. He went to art school in California, but his studies were interrupted after Pearl Harbor when he, like thousands of other Americans of Japanese origin or parentage, was sent to an internment camp. He left the camp by volunteering for the U.S. Army, and served with the 442nd Regimental Combat Team, a unit consisting almost entirely of Japanese Americans, which won many honors for bravery in combat in Italy and France. After the war, he completed his art studies and went to work for an advertising firm, where he produced award winning graphic designs. His success led to a job at Columbia Records designing album covers, including Mingus Ah Um and Dave Brubeck's Time Out (shown above), both of which featured his paintings, and 'Round About Midnight by Miles Davis.

Fujita later formed his own firm, and his commissions included many book jacket designs, the best known of which are probably Truman Capote's In Cold Blood and Mario Puzo's The Godfather. Fujita discusses his career in detail in his 2007 interview with Steven Heller. He has also written an autobiography, Mouth of Reddish Water. Late in life, Fujita returned to his original passion, painting.
Posted by Claude Scales at 1:50 AM 1 comment: