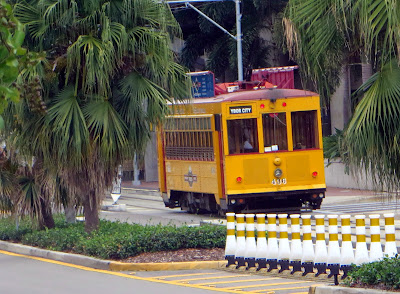 On my way to the American Victory Museum I saw one of Tampa's streetcars (photo above). I was going on foot from the Riverwalk across town to where American Victory is docked, on a hot, humid August afternoon. When I passed one of the streetcar stops on Channelside Drive, not far from American Victory, I saw a map showing that the route, which used to run only between the Convention Center and Ybor City, had since been extended to the southern edge of downtown, a few blocks from where my car was parked. The map below shows the streetcar route in red. 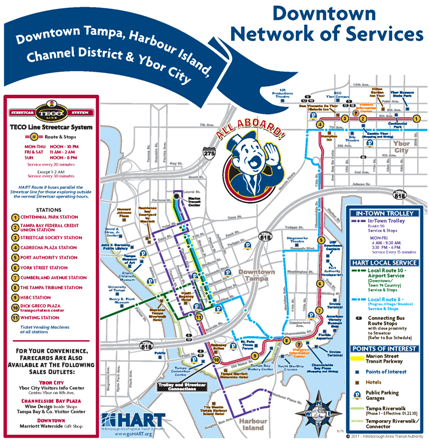 After touring the ship, I headed for the streetcar stop I had passed earlier and, after a few minutes' wait, boarded a car headed for downtown. 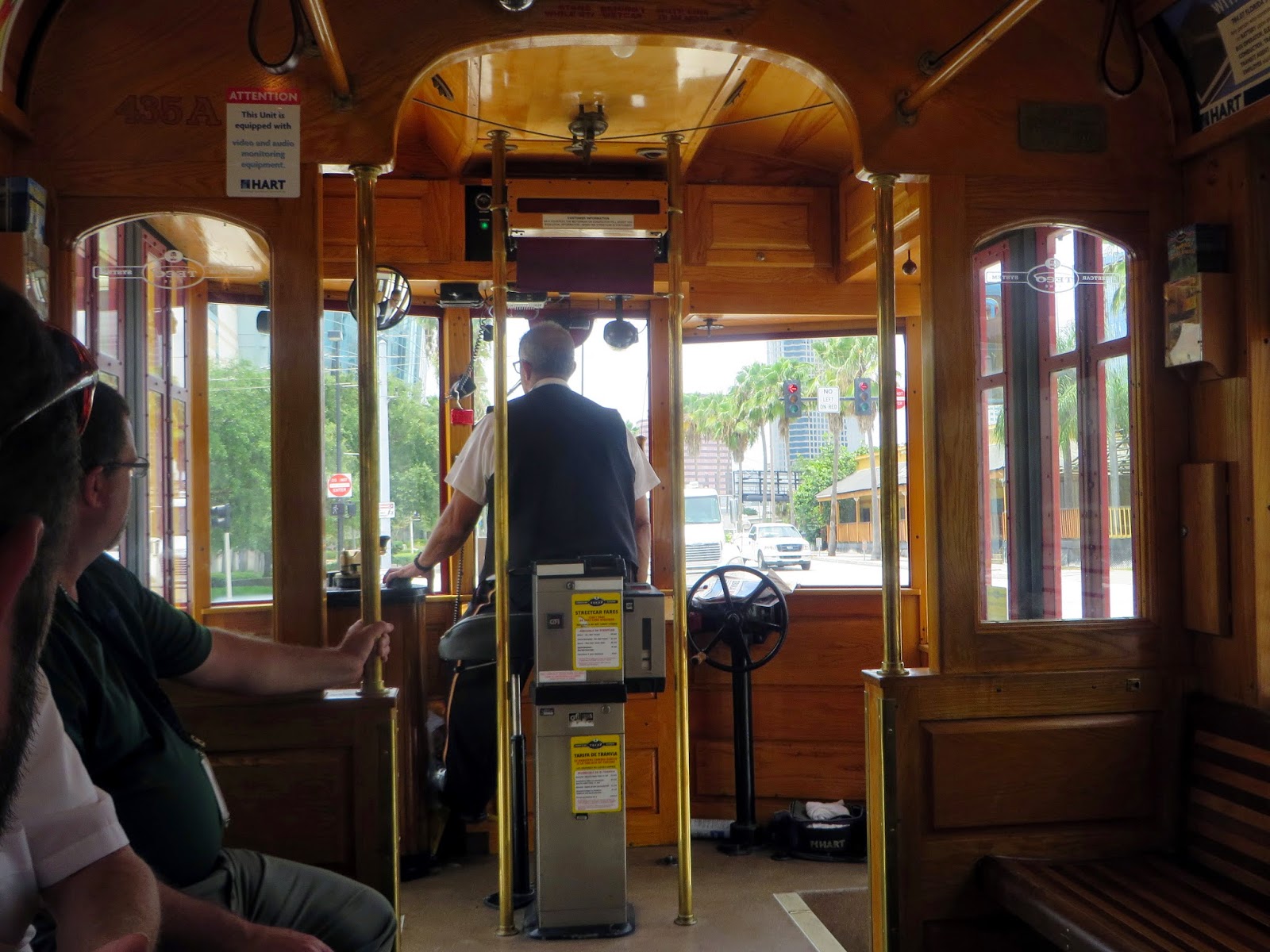 This is the view looking forward, through the motorman's cab. The car was air conditioned and the seat comfortable. 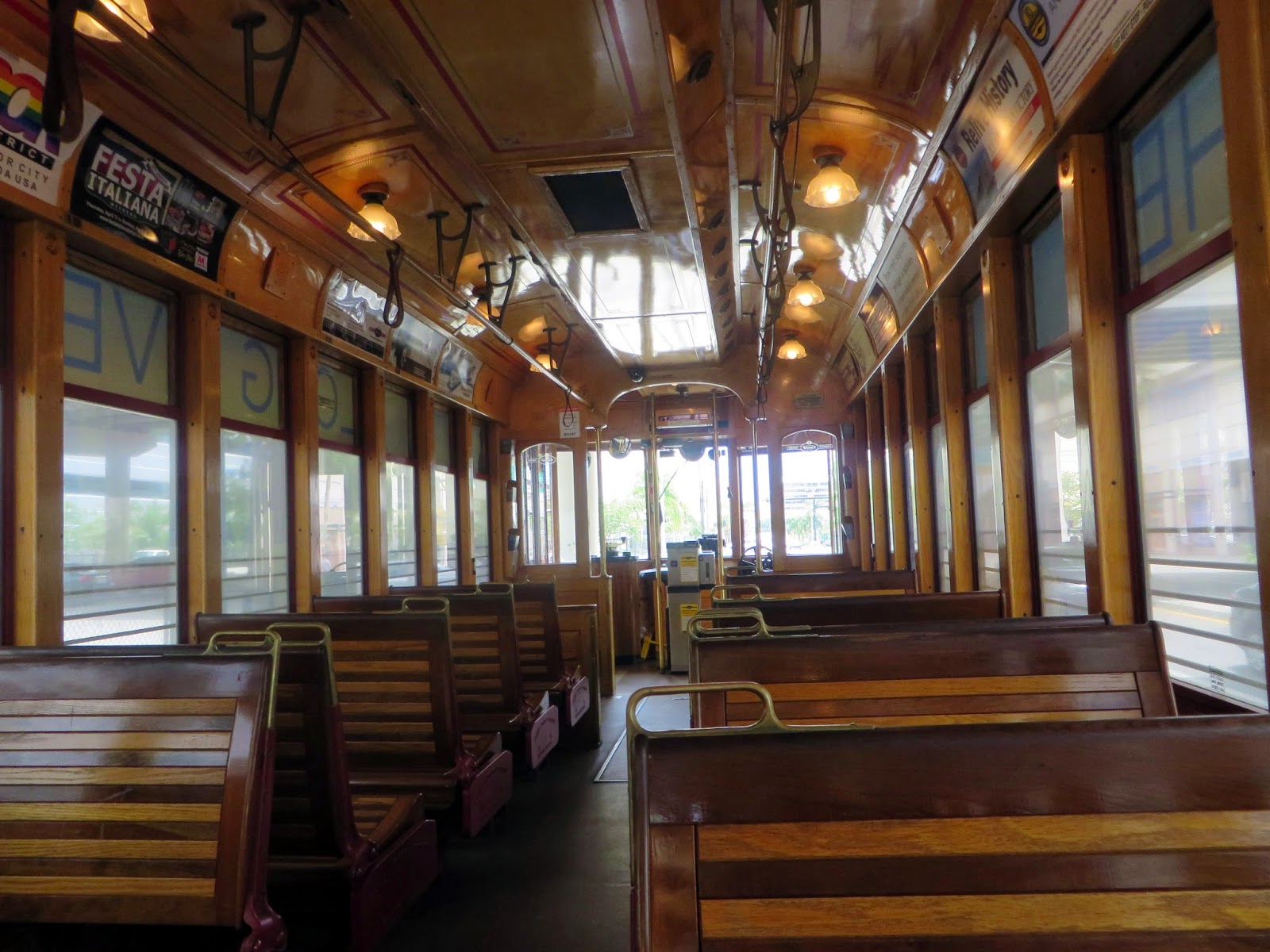 This is the view looking to the rear. There were few passengers on this run, in the early afternoon on a weekday. The system began operation in October of 2002, and quickly exceeded ridership expectations. Nevertheless, in 2006 the possibility was raised of the local transit agency, HART, not renewing its contract to operate the system. The reason given was that few local people, as opposed to tourists, used it. Extension of the system to downtown evidently has relieved this problem. 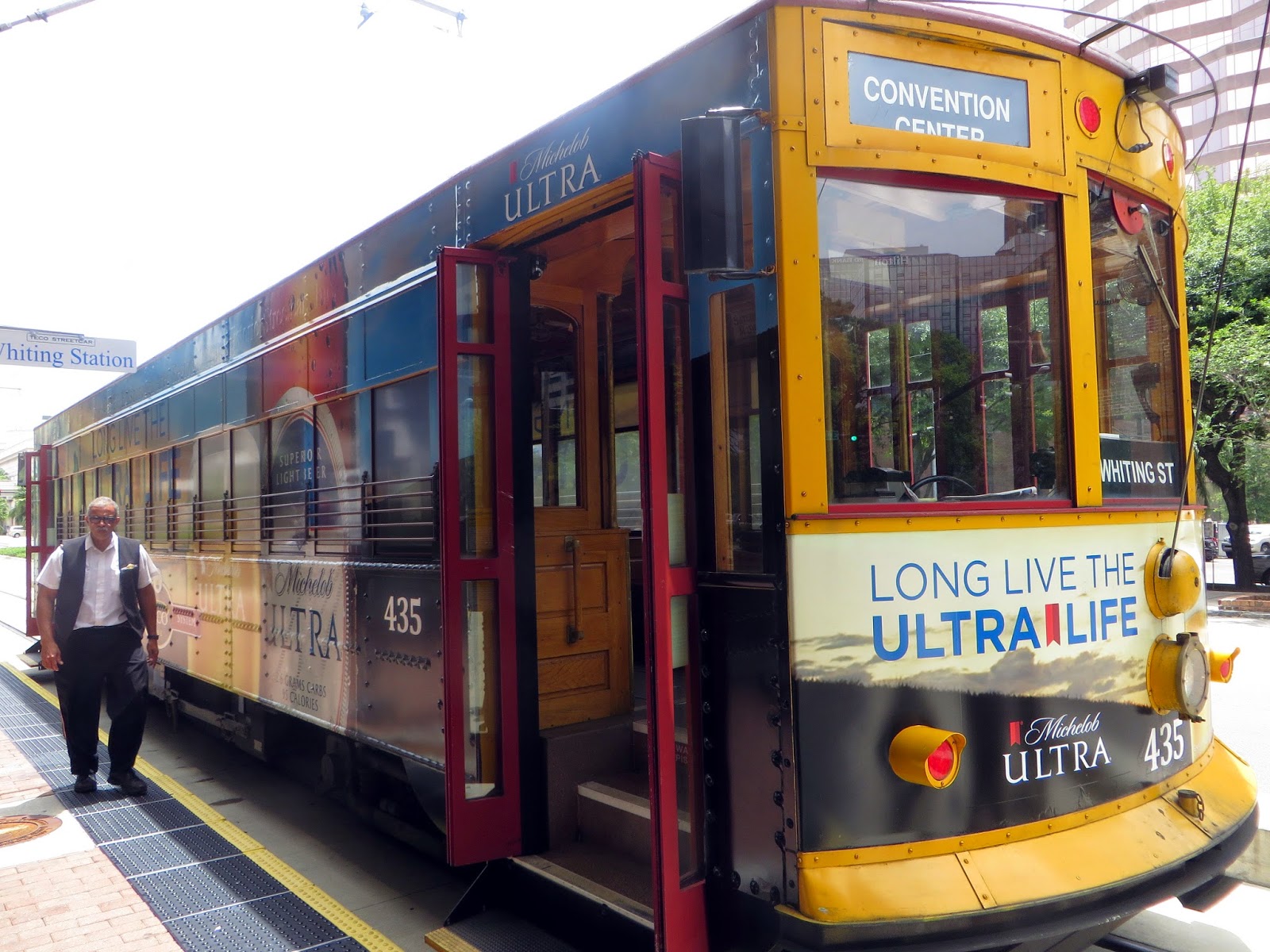 Here's a view of the streetcar taken just after I got off in downtown. Most of the system's cars are replicas of classic Birney streetcars that were used in Tampa from 1920 to 1946. The  replicas are made by Gomaco Trolley Company of Ida Grove, Iowa. The Tampa fleet now includes a restored Birney that was used on the city's old system, as well as a replica of an open air "breezer" car.
Posted by Claude Scales at 11:30 PM