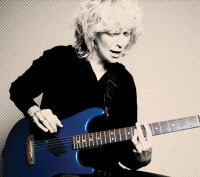 That, as a certain other blonde would say, is a Good Thing.

Yes, Marshall Chapman is a she. Alone among the spate of Marshalls in pop music - Marshall Crenshaw, Eminem and the Marshall Tucker Band come quickly to mind - Ms. Chapman is emphatically female. Emphatically, but not typically - thus the title of what has evolved from over thirty years of music making as her signature song, "Why Can't I Be Like Other Girls?"

She grew up in Spartanburg, South Carolina, where, as the song goes, by second grade she could read and write, but "learnin' to be white was nothin' that I needed to know." A tomboy who loved boys, she learned to sing and play guitar. After high school, she went to Nashville, initially as a student at Vanderbilt University, but where she later joined the many aspirants to stardom in Music City. I'm pretty sure I've been to the "Doubleknit Bar" and probably met the same lout who called out to her, "Hey, little miss, sing one by Kris/ I'll help you make it through the night." A break came when some of her songs began to be recorded by established Nashville artists. Later, she was noticed by the A&R folks for a major record company, who "took me up to New York City," where they "wined me, dined me, signed me and put me on hold."

By the time I first saw her, she was off hold. As best I recall (we're going back almost thirty years here), I was out one weekend night at a local Greenwich Village saloon and ran into my friend Nick Tosches, a brilliant writer - then primarily about country and rock music, but now also an accomplished novelist - in the company of a buxom and pretty woman I hadn't seen before, whom he introduced as Joy Wahl, from Nashville. We had a drink together, and they invited me to come along to see their friend Marshall Chapman at Trax (or was it Traxx?), a trendy music venue on the Upper West Side. Marshall was doing a show featuring songs from her recently released second album, Jaded Virgin. She wore a white jump suit and played a white guitar; her backing band consisted of guys in black playing black instruments. The music was kick-ass, out-of-sight mah-vel-ous.

During a break in the show, Joy described the cover of Jaded Virgin, and said she'd designed a t-shirt based on it. I decided I had to have one, and asked if she'd send it to me. She said she would. As the evening progressed - we hit a couple of spots for drinks after the concert - I got really obnoxious about it, several times begging Joy not to forget to send me the shirt. About a year later, Nick and I were at his apartment for a nightcap after hitting several bars. He decided he wanted to call Joy, but didn't feel up to dialing her number, so he gave it to me and asked me to place the call. When she answered, I said, "Hi, Joy, this is Claude Scales. I'm at Nick's place and he asked me to call you." "Claude," she said, "I promise I'll send you that shirt." A couple of years later, I was in Nashville and, while having a beer at Ruby Tuesday's, looked up Joy in the phone book, called and found her at home. She induced a cringe when her second sentence to me was, "I haven't forgotten about the shirt." So, anyway, I never did get the goddamned shirt. I still love you, Joy.

During that same phone conversation, Joy told me Marshall would be playing the following night at a place called Cantrell's, a converted drive-in restaurant not far from the Vanderbilt campus. As soon as I walked in, I spotted Marshall at the bar - an easy thing, as she stands about six feet tall wearing flats. I walked up to her and introduced myself, telling her I was a friend of Nick's. She greeted me warmly, asked about Nick, and said she hoped I would enjoy the show. I found a seat in the back room, not too far from the stage, and took in a performance that was perhaps even better than the one at Trax. She was doing material from her third album, including such memorable pieces as "Rock 'n' Roll Clothes" and "Runnin' Out in the Night." (No, Marshall, I won't speculate as to what that one's about. I just like the song a lot.) I had to bite my tongue to resist the temptation to make a complete fool of myself by requesting a bouncy, reggae-flavored piece from that same album, called "Don't Make Me Pregnant." (No need to speculate about that one.)

I next saw Marshall about ten years later, when she appeared at the late, lamented Bottom Line in Greenwich Village, where she was part of a group of five or six singer-songwriters who discussed their craft and each sang a song or two. (If I recall correctly, Marshall Crenshaw was also part of this group.) I had since married, and my wife was with me. She enjoyed the show, and I hoped to introduce her to Marshall afterward, but she and the other singers were quickly whisked Elvis-like from the building. After that, work and fatherhood cut into my hanging out in bars and going to rock performances, and I lost track of Marshall for a few years.

A few years ago, I began earnestly replacing my vinyl record collection with CDs. I found one by Marshall that I hadn't heard before, a superb live performance at the Tennessee Women's Prison called It's About Time, but couldn't find any of her earlier albums. A few months back, I entered her name in Google, and was directed to her official website, www.tallgirl.com. Through it, I was able to order CDs of her early albums, as well as another new live album, this one of a performance at the Bitter End on Bleecker Street that I was sorry to have missed because I never knew it was happening.

Checking the website a couple of weeks ago, I saw that Marshall would be visiting New York last weekend, and would be appearing Saturday night at a place called O'Flaherty's on West 46th Street. My wife was taking our daughter and a friend to the New York City Opera's performance of Carmen that night, so I would have to go alone. I got there a little after ten - Marshall was scheduled to go on at eleven - and had a look around. At first I wondered if I could be in the right place, as there seemed not to be any space for a musician to perform. The only open area was a small, sunken room in the back, with some tables and chairs lined up next to one wall, and most of the floor taken up by a pool table that was in lively use.

I had hoped that, in addition to seeing Marshall, I might also encounter Nick, and perhaps Joy, and maybe some other of my old rock critic drinking buddies. But, in circumnavigating the bar, a rectangular island taking up most of the front room, I didn't see a familiar face. I found an empty seat, got an India Pale Ale and waited. About the time I finished my first IPA, I looked to my right and saw, from the rear, a tall, lanky figure crowned with straw-colored hair. I got up and did a second circle of the bar, so that I would approach her from the front. Apart from some subtle smile creases around her eyes and mouth, she looked just as I remembered her. I caught her eye and said, "Hello, Marshall. Do you remember me?" Not surprisingly, since our only face-to-face encounter had been about 25 years ago, she shook her head no. I told her my name, mentioned that encounter, and again invoked my connection to Nick. Her jaw dropped slightly, she smiled, extended her hand and said, "Good to see you!" A short, balding man who had been talking with her when I walked up turned to me and said, "You're Nick Tosches?" "No, just a friend," I replied, but he still gripped my hand eagerly. Seeing that Marshall had business to discuss before her show, I went back to the bar and got another ale.

At eleven, I picked up my glass and went from the bar to the stairway leading down to the sunken pool room, just as Marshall walked in carrying her guitar. She set up her amp and plugged her guitar in while dodging pool cues. I wondered if the game would continue during her performance, but, as she started to tune up, one of the players said, "Let's stop here," and they all put their cues up on the rack. The short bald man, who evidently was the owner or manager of the place, went to the mike and introduced Marshall. Then she began her set.

Hearing her playing solo in this fairly intimate setting was a new and pleasant experience. She was able to impart as much energy and excitement to some of her old, familiar pieces as if she had a band backing her. She also did some songs from her new album, Mellowicious, including one called "Call the Lamas" that grew out of watching three little girls kissing a Buddha-like baby boy while waiting in a supermarket checkout line. She said she got stuck on the last line while writing the song, and woke her husband up, asking him for a four-syllable word to describe the kind of kiss the little fellow imparted. "Transcendental," he replied, then fell back asleep.

After the show, as Marshall was packing up her gear, I went over to her again. "I just wanted to let you know," I said, "that Jaded Virgin is one of my twelve year old daughter's favorite albums." "Well," Marshall said, "she's likely to have an interesting life."

Update: When I wrote this post, there was nothing available on YouTube of Marshall in performance. Here she is with Tim Krekel at the CD launch party for his album Soul Season at Third & Lindsley in Nashville (thanks to almoreschi for the clip):

For another clip of Tim and Marshall doing the same song in a different venue (Louisville's Vernon Club), and more text, see here.
Posted by Claude Scales at 10:12 PM